The ACHA unveils its 3rd national ranking this weekend and one thing is clear: the hardworking women of CAL U and WEST CHESTER will be on it.

For two cycles now these top DVCHC teams have stood above all others, state to state.  Undefeated except for one loss ...to one another.

For CAL U, number 1 since the first ranking on November 18th, that means a 14-1-0 record in ACHA play.  Averaging almost 4 goals a game with three players over 20 points, the Vulcan numbers include an untarnished, 3-0 record against ACHA D1 squads. 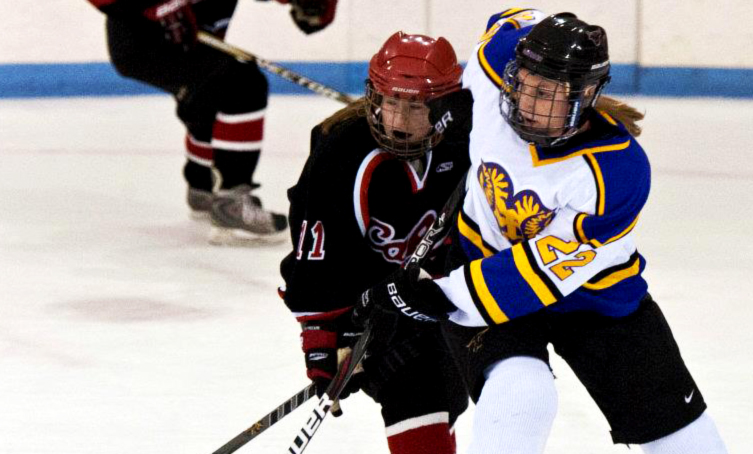 Leading from the crease, Sciacca Maria's first year in net for the red and black has been phenomenal.  With a 1.02 GAA and a .950 save percentage (on 283 shots), the freshman has earned 4 shutouts in 14 games.

With only few match-ups remaining, the team from California, PA has earned the ability to look forward to post-season possibilities: February's DVCHC Women's Championship and a likely trip to the National Tourney in March -- their second consecutive shot at the US title.

Battling them (literally in a few unfortunate cases), the Golden Rams of West Chester (10-1-0) have been one step (and one vote) behind their Keystone State rivals, all season.  After taking the DVCHC crown from CAL last season, these reigning champs just missed a trip to the ACHA Tournament.  At this pace, that won't happen again. 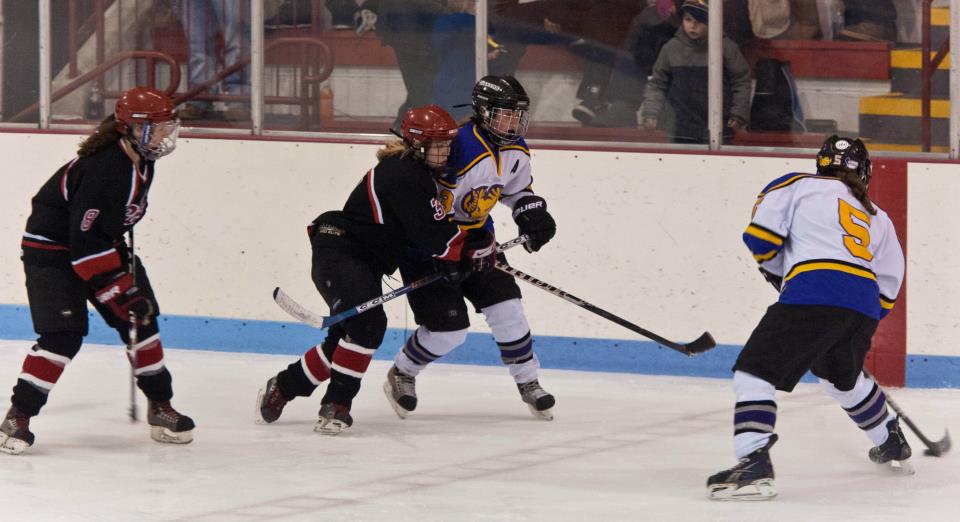 West Chester's success is built with muscle; the team averages a dominant 6.27 goals against their opponents.  Every player on the roster has at least 1 point but forward Becky Dobson shines brightest.  Dobson has an uncanny 34 goals in 11 games, averaging 4.7 points in every contest she's been a part of.  She leads all players across the ACHA and tops the DVCHC in every offensive category there is.

Behind her in net, Aly Golia has 192 saves and a .940 average.  She's only allowed 12 goals all year and has more shutouts (6) than any other type of decision, a testament to her resolve and the quality work of the defensive core in front of her.

The Rams challenge Penn State (#3 in the East) this weekend, a match-up that may help determine the final selections for the National Tournament, cast on February 10th.

For West Chester and CAL U, that could be a day their rivalry is lifted to the biggest stage in D2.