Villanova is Playoff Bound After An Unconventional Invitation

The Villanova Wildcats are playoff bound for the 1st time in two years -- thanks to an unconventional invitation.

It wasn't the case three days ago.

During Sunday's game vs. American, posters for 'Nova's 7 graduating seniors lined the rink.  Parents joined players on the ice for photos. Teammates hugged in the lobby, then shrugged goodbye.

It was their last game together.  With a 3-10-0 record in the DVCHC's most challenging division, the Wildcats had finished 5th, outside the reach of the Division Championship.

That is untill the South stepped in. 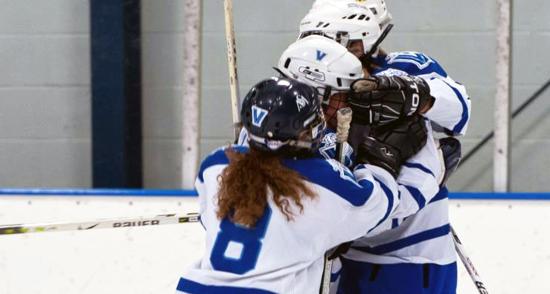 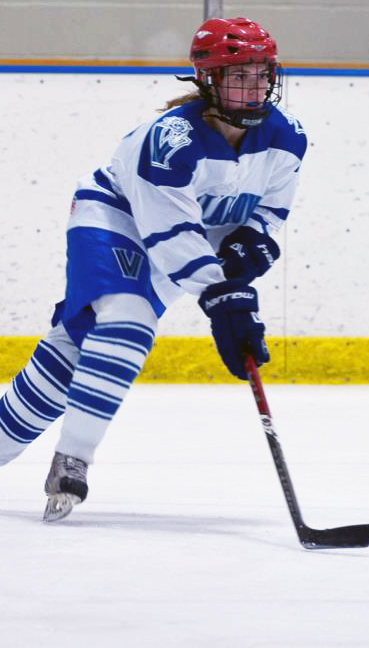 The DVCHC is divided into a Northern and Southern division, each named for young a woman who served and was killed in Iraq.  Much like the NHL's Eastern and Western Conference, the two cross borders often but ultimately play schedules that match those in their division -- hence the exclusive 1-4 seeding.

On Monday, while VU players were headed to class, the South's seeding began to unravel.  UVA (3rd) announced it would be unable to compete after an unfortunate injury to their goalie Lizzie (we wish her the best).  Liberty, the 5th seed, couldn't fill in.

The road ahead, determined back in August, was clear: proceed with 3 teams, cancel two games.  A smaller, less-competitive post-season but one less hurdle in the way of playing for the cup -- certainly magic words for teams just through a roller coaster season.

Instead, those teams emailed one another, put their heads together with teammates and made a unprecedented decision: They invited Villanova to "succeed from the North, just this once," and join them as the 3rd seed in their southern bracket.

"We believe Villanova can help to keep the level of competition up," said UMD leader Abigail Stephens.  "I am glad that they can step in and we can all play as much hockey as we had anticipated."

Despite undoubtedly making their own road ahead more difficult, the Southern squads reached out to a team who, beyond the lines of geography, belonged.

Regan Alsup, president of the AU Lady Eagles, could relate.  As one of "six seniors who have worked really hard to keep the team going, it means a lot for us to finish our season at playoffs.  I can only imagine how disappointed the Villanova girls are who might not get that chance.  I think it's a great way to include them and enrich the tournament."

On the ice at 5:30am yesterday, the women of the US Naval Academy team discussed their final decision.  At 7:46am, head coach Mike Stapelton sent a simple email, "Navy is looking fwd to Villanova's participation in our tourney!"  It was official.

Villanova head coach Mike Venezia thanked the South via email.  "We are grateful for your 'southern hospitality' and look forward to the excitement of this weekend's playoffs... Words cannot express how excited my ladies are to be apart of this weekend's events."

Their season saved by the south, the Wildcats are coming to Delaware. 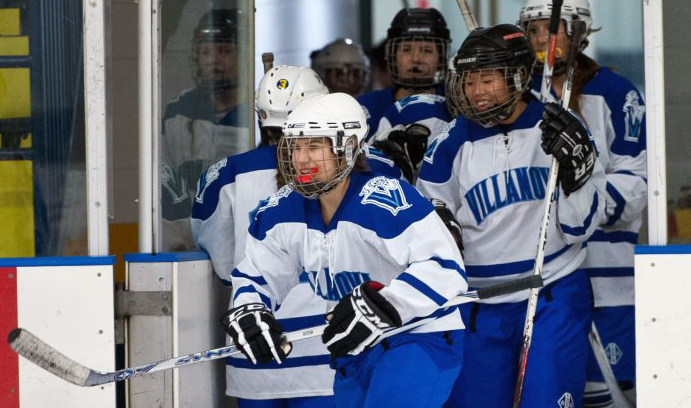