The DVCHC THREE Begin Their Quest for an ACHA Championship

The national title is on the line!

The ACHA Women's Championship, going on now in Ashburn, VA, will give eight university teams (4 East, 4 West) a chance to call themselves champion.

The DVCHC's own West Chester University (#1), California University of Pennsylvania (#2) and University of Delaware (#3) join Penn State in representing the country's best D2 teams in the East.

In February these teams met as competitors, doing battle for the DVCHC crown.  This week they fight on the same side, taking on the West through 9 games & pushing to be the first DVCHC team to take home gold.  Once pool play is complete, a final bracket will be played through Saturday to the big Sunday showdown at 1:15pm.

If you're in the DC metro area, come out and support our squads! 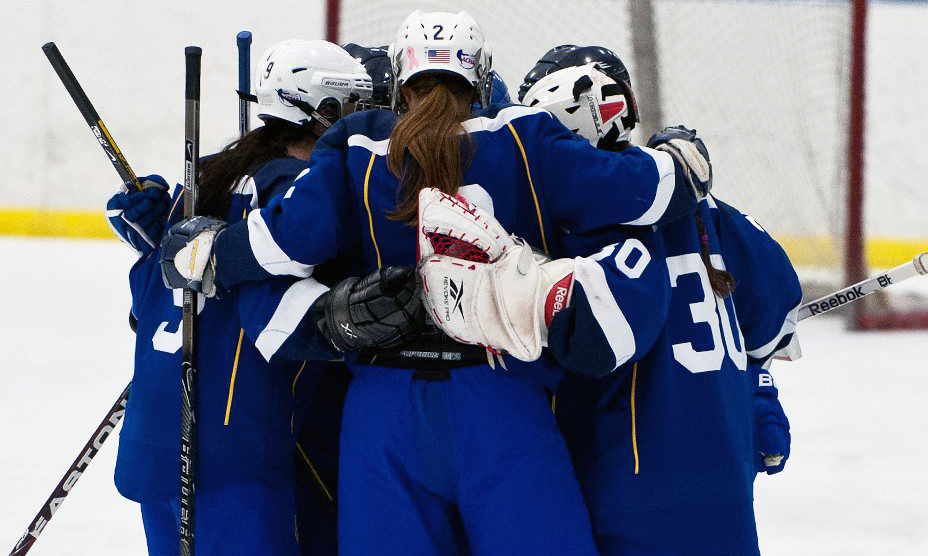 YOU CAN DO THIS LADIES! BEST OF LUCK TO THE DVCHC THREE!

THE LATEST FROM VIRGINIA:

RT @hockey_ohio: Senior Ashley Kimmel describes the feeling after the @BGWomensHockey team finally got on the ice after a two-year process…

RT @BGWomensHockey: Despite the score, tonight was a very important night. Women’s hockey is back at BGSU and this time it is here to stay.…

RT @KitHughesBG: History in the making! @BGWomensHockey about to drop the puck for first ever collegiate game @bgsu! Let’s go, Falcons! #Ay…

RT @ACBulldogsACHA: With both great pride and heavy hearts we invite you to join us for the first ever Adrian College WACHA D2 Senior Night…

RT @BGWomensHockey: As we get ready to start are 2020-21 game season, our organization would like to honor and focus our attention on our s…

With every bit of disappointment we know our teams are feeling, today the ACHA made the difficult announcement that… https://t.co/KCadUyeh4d

RT @LSSUWHKY: What a weekend of hockey! Your Lady Lakers came out on the wrong end of a 1-0 battle. @CUAA_WHockey completed the weekend swe…

RT @LSSUWHKY: 🏒GAME DAY⚓️ We are beyond excited to have an opportunity to host games @ home with a great program like @CUAA_WHockey. #acha…

It’s not the season we expected, but hockey is happening in some areas... Check out these protocols just to attend… https://t.co/SrnnYy5gNk

GAME 5: PSU 3, NDSU 3
GAME 6: DEL 2, UMD 4:  2-1 the entire game, Minnesota scored a shorthanded goal in the third.  Delaware answered with 0:36 left in the game, just too late.
GAME 7: CAL 0, ALASKA 3: Hard-fought and even until the middle of the 2nd.  UA scored a PPG and put in #2 at the end of that period.  A breakaway goal in the 3rd ended Cal's chances.
GAME 8: WCU 1, UW-S 3: After a scoreless 1st, each team used the man advantage, well, to their advantage.  Stout scored on two power-plays and West Chester had a PPG with 36 seconds left in the game.