Since that time, 134 days have turned as pages. 84 games have served as thrilling chapters; chronicling breakaways, denied attempts, 1st shifts in a college uniform.

Rowan, Towson & the Phoenix took their historic 1st steps as a team, scored historic 1st goals, became an important part of the family.

19 rinks played a part in the epic, hosting games across 5 states & Washington, DC.  The league held its first outdoor game.  716 goals were scored, 3,928 saves recorded and 5x as many shots were blocked.

236 athletes are listed in its index; each with a story, a bruise, a first.

Today, there are 3 pages left.  One final chapter to be written.  This weekend, Harrington DE hosts the 2014 Frozen Fair; the epic conclusion of a season and the final chance for its many characters to give it all they've got.

Find out how the story ends!
We can't wait! 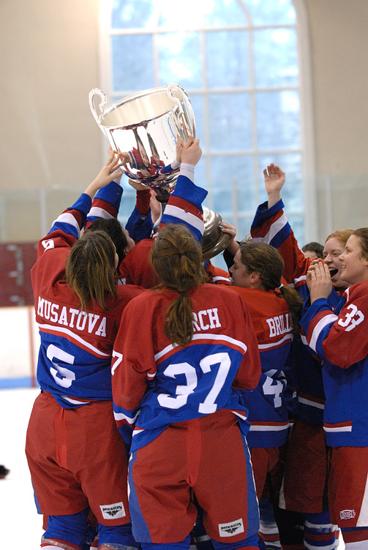 Who will raise the cup this year?