FIRST CUP IS THE SWEETEST

The Towson University Tigers and the University of Pennsylvania Quakers were crowned champions at this year's DVCHC Frozen Fair Championship!

We'll allow the team leaders to speak for themselves on this amazing acomplishment: 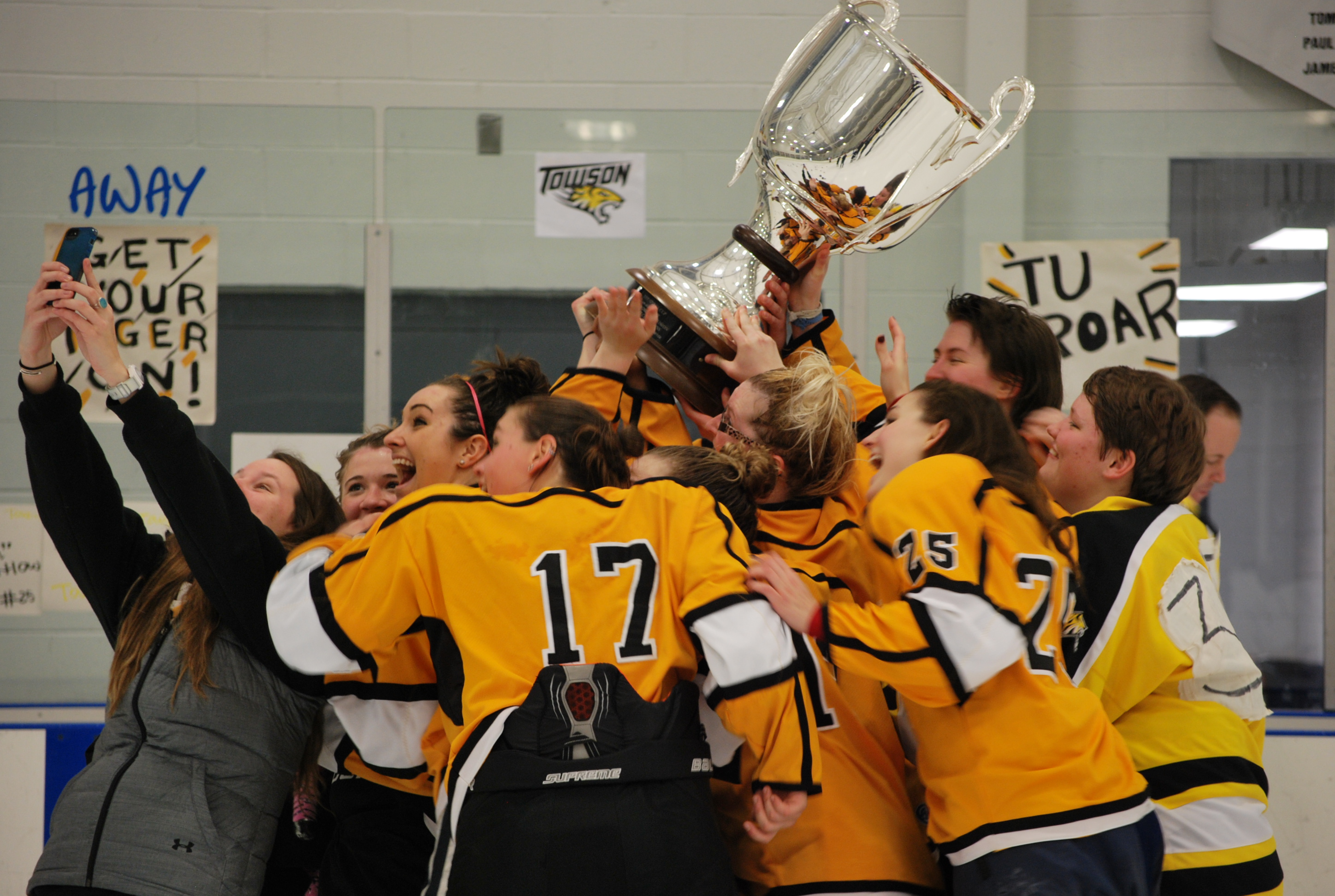 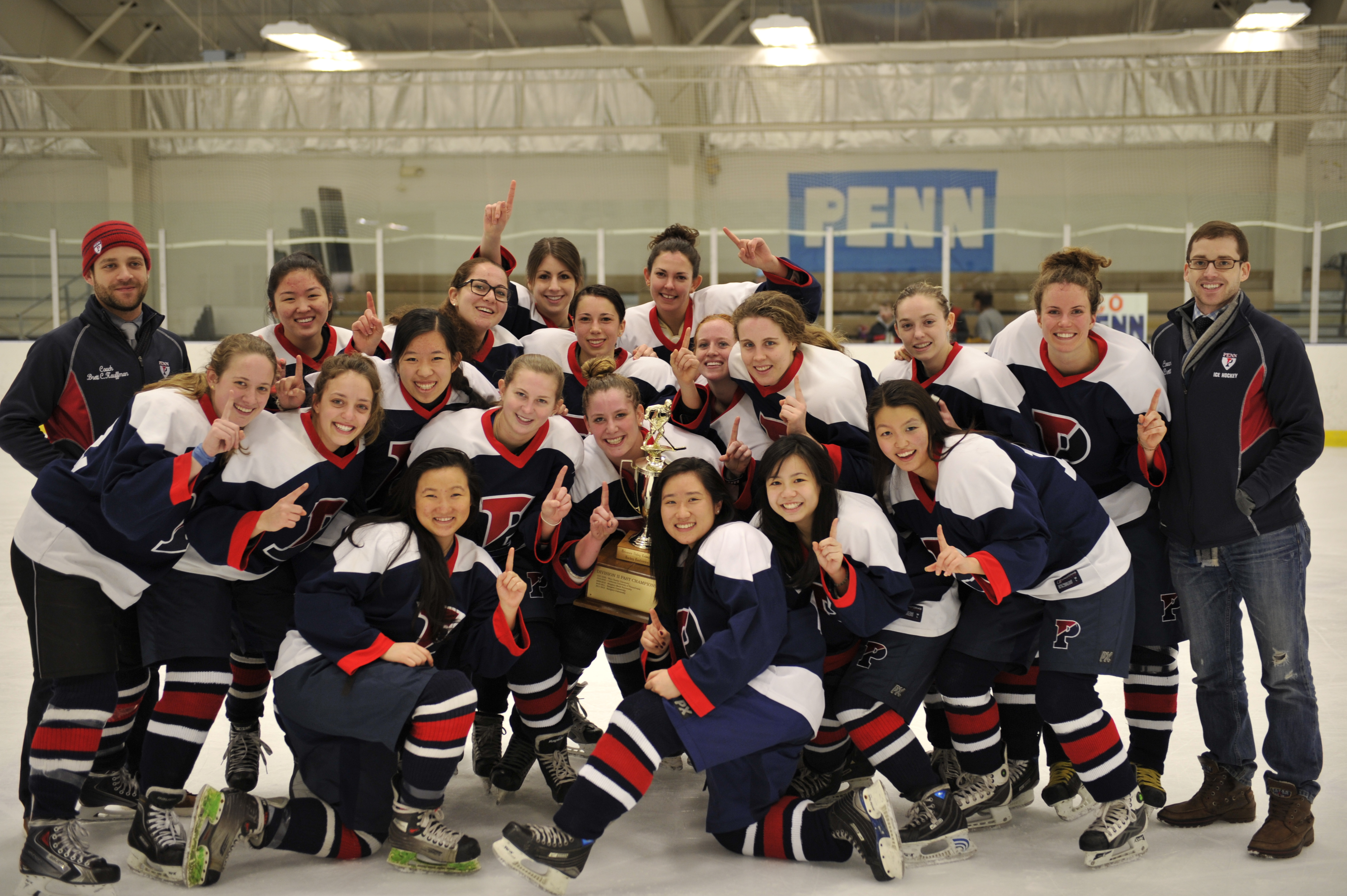 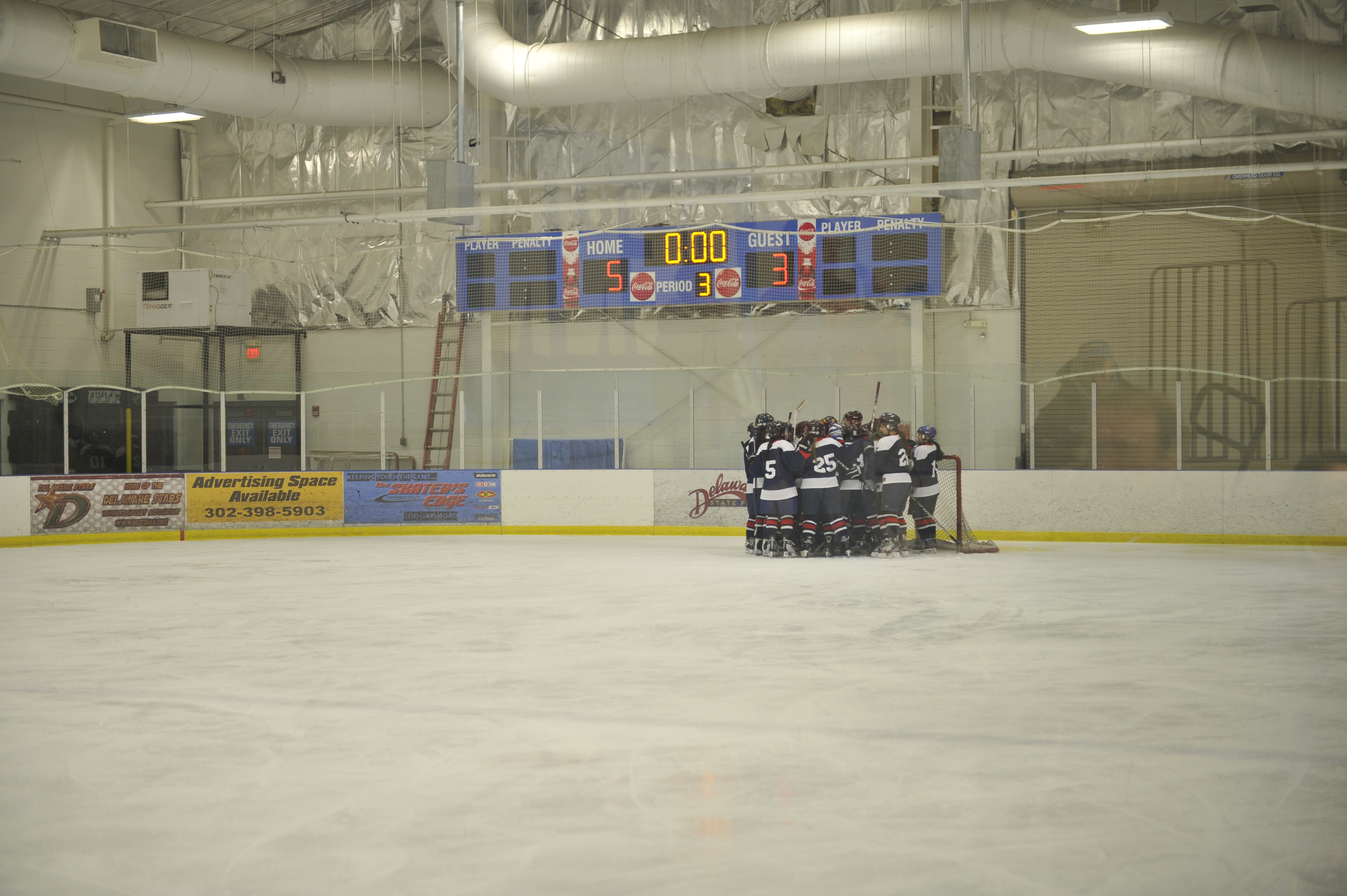 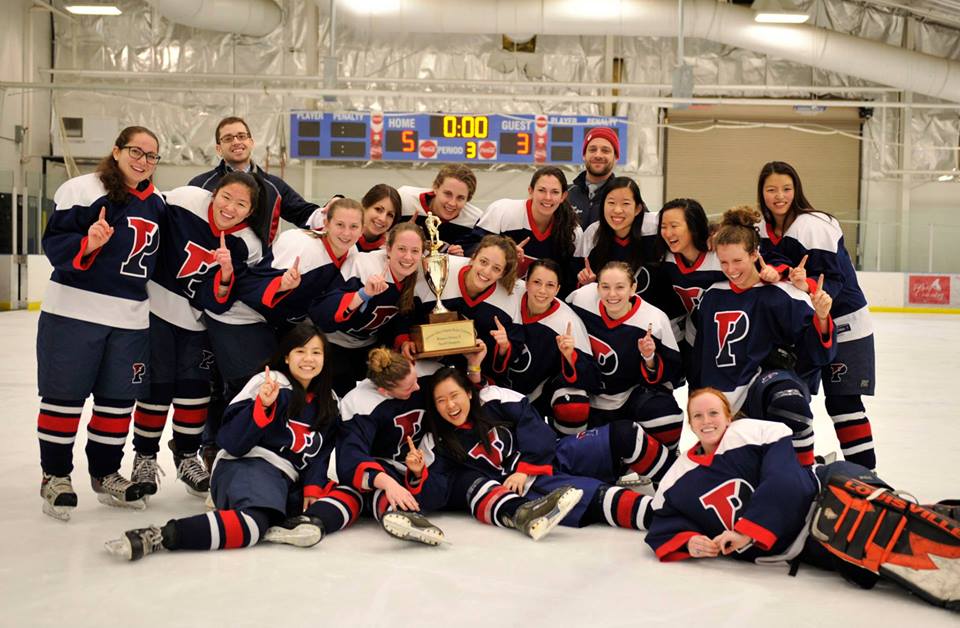 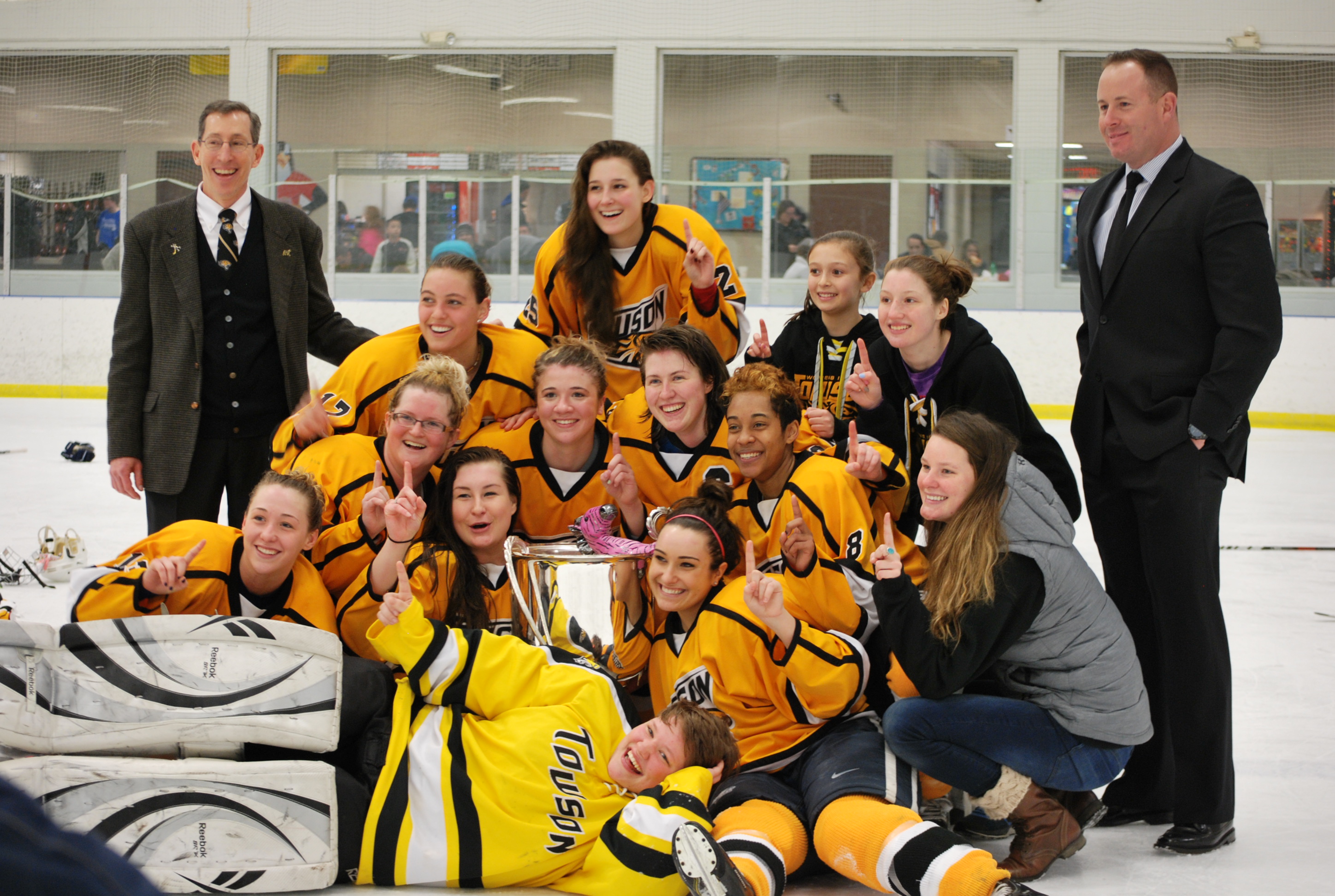 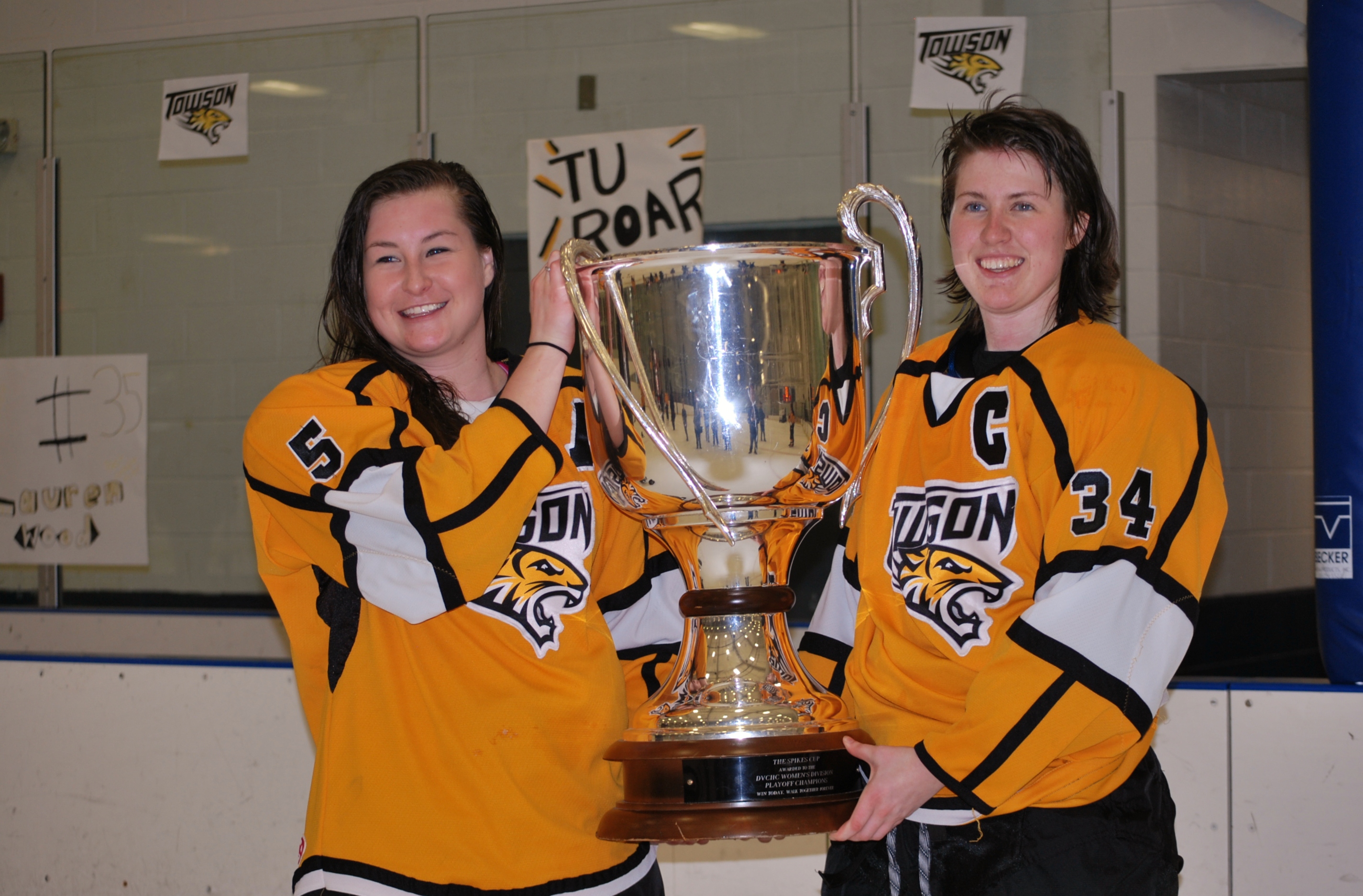 "The University of Pennsylvania Women's Ice Hockey team is very proud to bring back a championship to the City of Brotherly Love! This group of girls has battled for the past 3 years, reaching the DVCHC finals each year to come up just short, but this year was different. Heading into the season with one goal in mind...to win the championship! Not just winning the championship, but going undefeated and having a perfect season was the icing on the cake to end the 2013-2014 season. Coaching for over 10 years, this has been my favorite group of players. They are not just Ivy League students; they can also play hockey, are funny, smart, and are a bunch of goof balls on and off the ice. You will not find any other team that will had more fun then we did this season. From freshman to graduate students, this team worked hard every single day and earned the right to be called CHAMPIONS!" - Coach Brett Kauffman

"The most challenging game we had was against UMD. It was our team's first ever playoff game and in a do-or-die elimination setting there is a lot of pressure to win that first game. When they were up by 1 goal for a majority of the game, we really had to re-evaluate our game plan. After coming out of the locker room to start the 3rd period, we were mentally focused and driven. As soon as Kaila Frazier scored in the 3rd, it created a spark throughout our team. We then scored 3 more goals very quickly in under 2 minutes. That first win against UMD was so relieving because we knew we had what it took to get to the championship game. When we played Navy the next day, we came out strong. Scoring first was very important to us because we wanted to set the tone for the rest of the game. We played a good physical game. The entire team was so excited and ready for the championship game that there was nothing that could stop us. To be a first year team with a winning 7-4 record in the regular season was already an accomplishment. Having the 4th seed in playoffs was another. And to top it off, being a championship team in our first year is unbelievable. It just shows how dedicated and skilled our team is. If you told me a year ago when I first started forming the team, that we would accomplish any of these feats, I would have thought you were crazy. Having 9 skaters and a goalie from day 1 go up against teams twice our size and with set lines and be able to win those games speaks not only to the quality of players we have but our strong team chemistry and ability to come together on the ice. None of this would have been possible without our coaches, Bill Wood and Alex Babington, family, friends, and of course the DVCHC. We are extremely grateful for the support we have received." -- Captain / Founder, Beth Kennedy