Ironically enough, it began with an ice breaker.

It was day one of a Loyola University Maryland writing class & the professor asked a room full of freshman to share something interesting about themselves.

"Ever since I started college, when people would ask where I played, I would always take a deep breath & say, 'Well, nowhere exactly.'  I knew I was going to miss playing on a team once I graduated high school, but I had no idea how much until I didn't have one anymore."

Taylor wasn't alone.  When asked to identify something unique about herself, Amanda Ghysel stood and said that she too was an ice hockey player.

"From there, the partnership began," remembers Amanda. 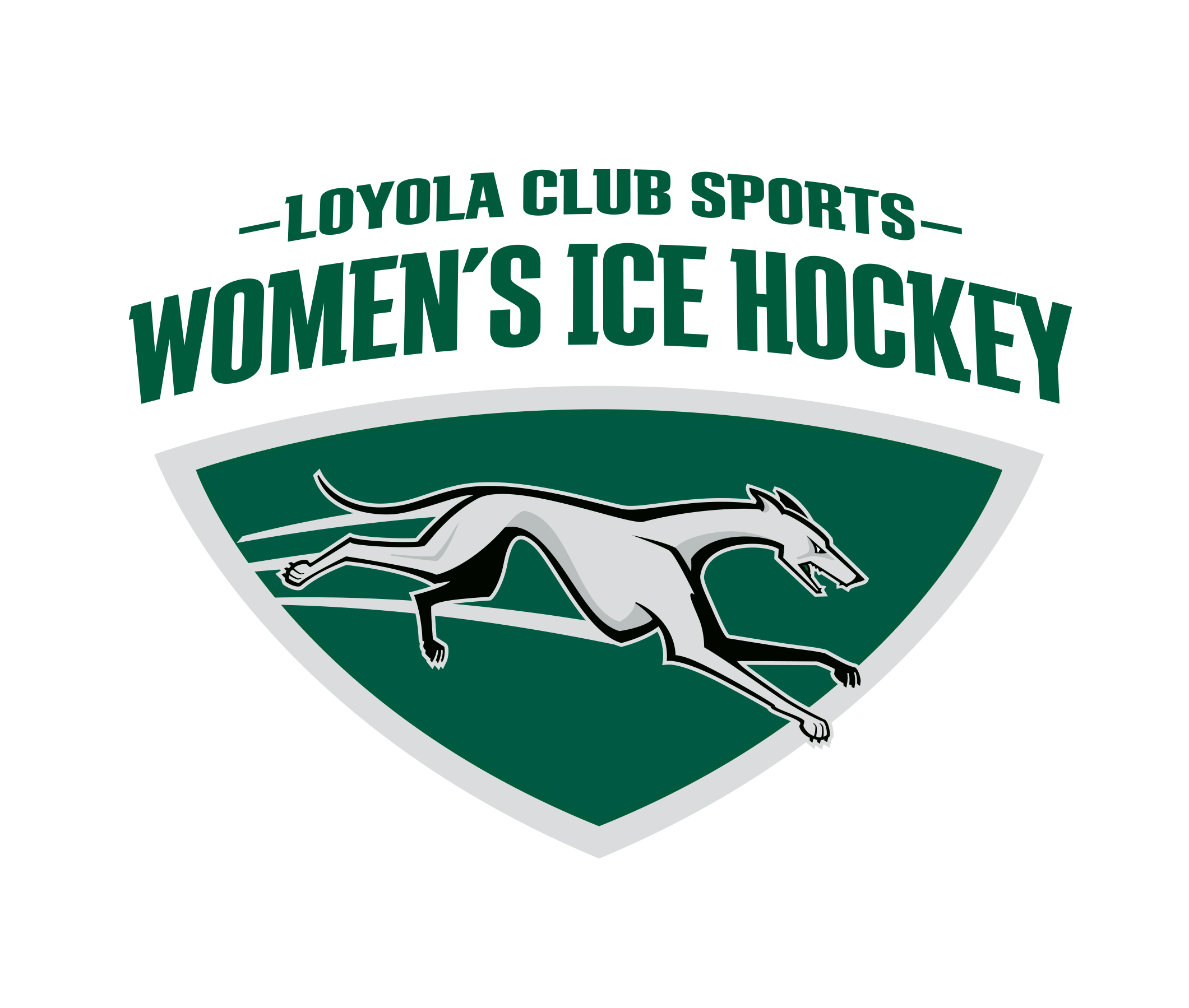 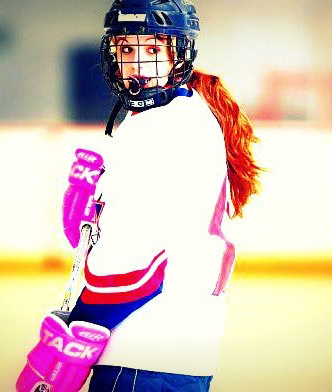 The chance ice breaker led to a friendship & a plan to start women's hockey at Loyola.

"Once Amanda and I met, it actually seemed possible," says Taylor.

The two gathered a roster but by sophomore year, were struggling to keep people on board.  "It's hard to get girls to commit to a team that doesn't exactly exist yet."

Efforts were put completely on hold as the two friends left to study abroad.  When they returned in January to finish their Junior year, they realized their time was short.

"We plowed through the spring, trying to get everyone and everything together," says Taylor.  "Making phone calls and sending emails to rinks and trying to recruit girls." 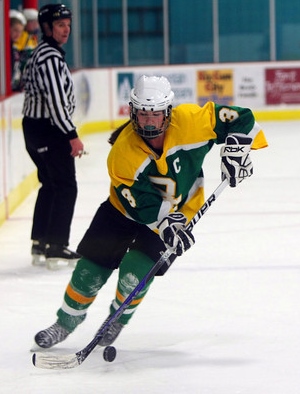 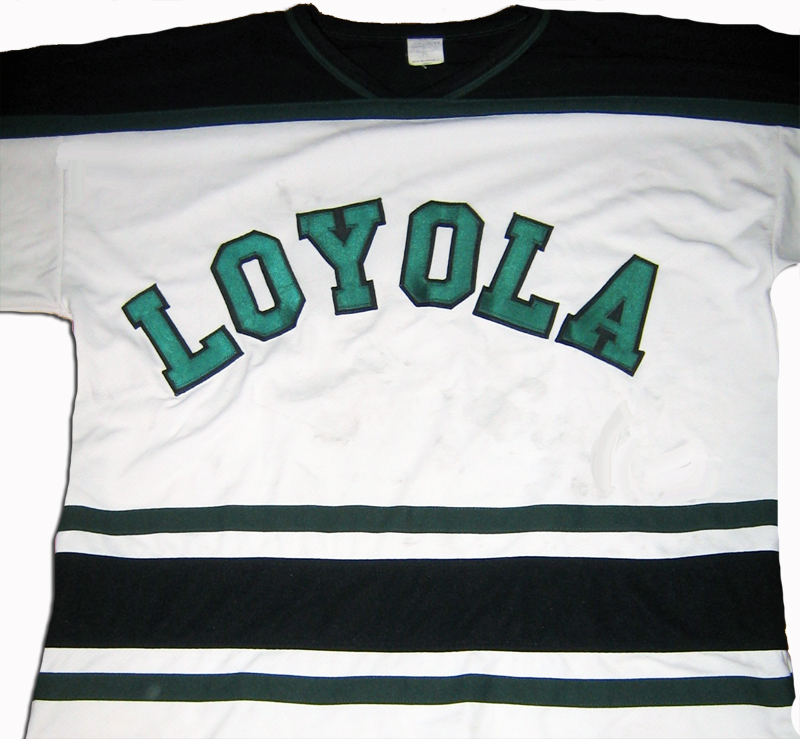 Watch for this jersey on the ice, this fall!

One of those emails was sent to the DVCHC.  "Our goal is simply to get on the ice," Amanda wrote. "Even if that means just practicing and scrimmaging a few teams... ideally, we would love to join."

Our league offered support but their road ahead had its share of closed doors.  "Apparently trying to start a team in one of the most expensive sports out there, from scratch, raises a lot of red flags."

On campus, the efforts of the young leaders were initially advised by the Director of Student Engagement, Geoff Norbert & ultimately had Asst Director of Rec Sports, Taylor Tully work things through with the university.  The two offered invaluable encouragement & patience.

Things began falling into place.  "By May... we had a solid group of committed players, Loyola was finally behind us," and on June 9th the young team was unaimously voted into the DVCHC D1.

Taylor and Amanada had done it.  Loyola had a team.

The journey that began between two strangers in a freshman class, will finally culminate with two senior friends, skating onto the ice in Loyola green and white.

Taylor is ready for that day.  "As a senior, it is incredibly bittersweet that I will only get to play one season with Loyola, but it's also the greatest feeling in the world to see something I have dreamed of for 3 years now actually exist.  When Amanda and I leave, this will be something that we leave behind and hope will grow exponentially in the years to come."

Amanda agrees.  "This is, to be completely cliche, a dream come true for both of us.  I couldn't be more excited to be playing hockey for Loyola this year, especially in a league as fantastic as the DVCHC.  My winters have felt incomplete without hockey. I can't wait to put on a Loyola jersey for the first time." 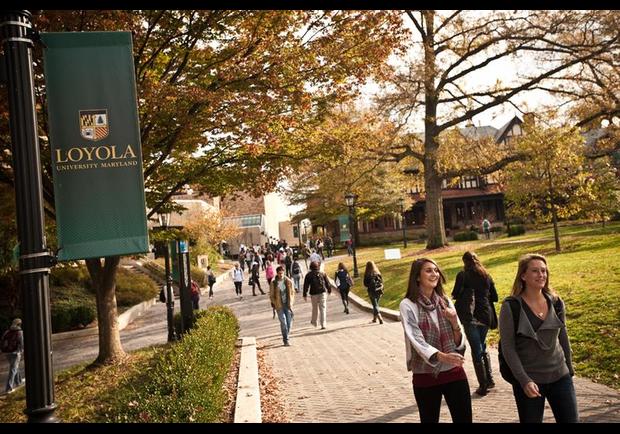 Come support Amanda, Taylor & Loyola's many firsts this fall.  Help break the ice for another fantastic addition to our hockey family. :)