New Kids On the Hawk

The DVCHC Welcomes the Hawks of St. Joseph's University

Therese Dallegro lasted half a day.

"The first day of class... I walked over to the office of our club sports assistant director and asked her how I would go about starting a women's hockey team," says Dallegro.

A long-time hockey player, this Freshman was right -- the only way she was going to skate as a Hawk would be if she built a team from scratch.  So she did.

Ice.  Equipment.  Coaches.  Practice.  A schedule.  Uniforms.  Thousands of dollars and um... players.  None of these missing pieces phased the dogged Dallegro. 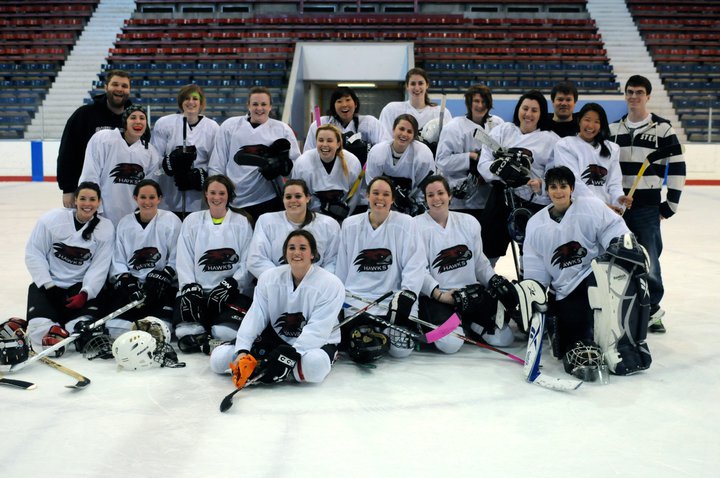 The Hawks, all smiles after their very first home game 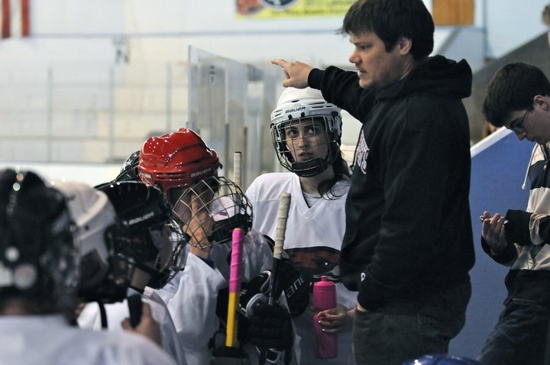 When only two people came to her first recruiting meeting she pushed ahead.  When she got six, she emailed the DVCHC.

"We first heard from Therese in 2009," recalls DVCHC president Bryan Benenati.  "She was writing to let us know that she didn't have a team, but when she did, she'd love to see it join the league.  (laughs)  We knew she could do it."

Two years later, thanks to monumental student efforts, a wonderfully supportive school and that Dallegro drive, the women of SJU are officially on the ice.

"We have come a long way with 16 skaters," the team wrote the DVCHC.  "We have some experienced players, but for the majority of our team, this year was their first ever playing hockey."

This spring, after practical jokes, Pizza Hut and practices at the Class of 1923 rink, the Hawks took on opponents in the Navy Seahawk Tournament  and held their 1st home game against Villanova on March 27th.

Over 100 fans turned out for the occasion.

"I keep receiving compliments from those who went, saying how much fun they had!"

Team created.  Games played.  For Dallegro, now was the time to reach for another of her early goals -- joining the DVCHC.

"We will provide you with an enthusiastic bunch of players ready to give 110% from the time the puck drops... to the very last whistle," Dallegro wrote the league.  Her team, she promised, would try, "not only play hockey at a competitive, collegiate level, but also to better our skills and share our love for this game with the other members of the league."

On June 16th those members returned the love with unanimous approval for membership.

As a part of the DVCHC Developmental Division, the Hawks will begin in October, facing UPENN, Columbia, Rutgers, and IUP -- similar squads with a majority of beginning players.

Beyond a full regular season and playoff, SJU will get streaming stats, player profiles, news and interviews, plus will be eligible for league leadership, awards and the DVCHC Women's All-Star / New Stars game on AHL ice.

"The division is a perfect first step ," says Benenati.  "It has all the perks our league can offer, plus a little shelter to encourage player development and team growth.  We can't wait to welcome the Hawks."

After two years of climbing mountains, Therese Dallegro and her players are on the verge of another major summit -- their inaugural, college season.

"This means so much to myself and the team," says Dallegro. "We are so excited to embark on a new jouney as team!"

Read more in Billy Wells' fantastic feature in The Hawk 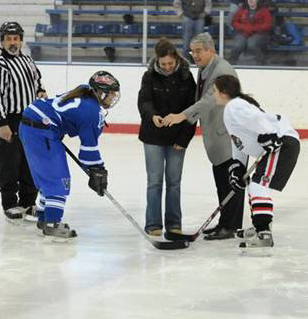 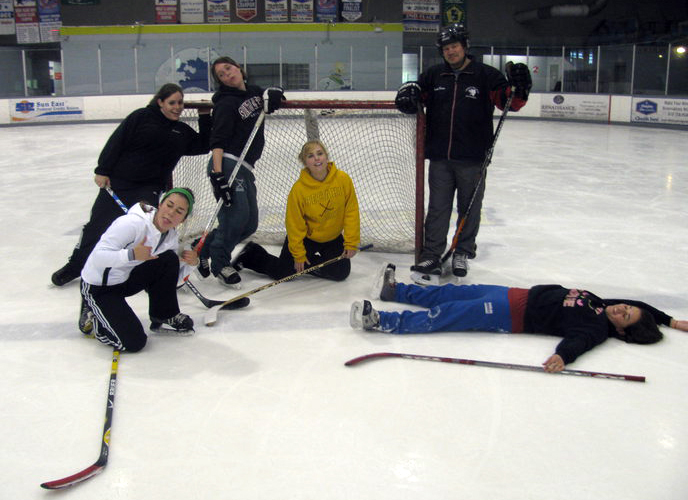 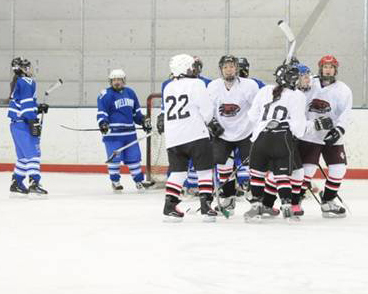